After much planning and preparation, we have been able to get cracking on the works to the roof of the West Barn and Granary!

When the scaffolding was erected, the views from the top were stunning! We hope to frame the vista of the Wentworth Estate through the new rooflights.

The first task was to remove the existing asbestos sheeting from the roof. Having been tested, we knew that it posed a fairly low risk, but all the same we had specialist contractors to remove  the asbestos. 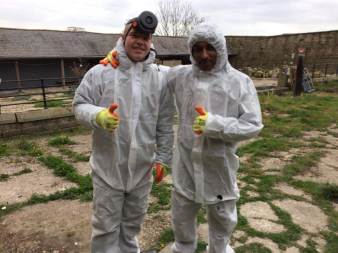 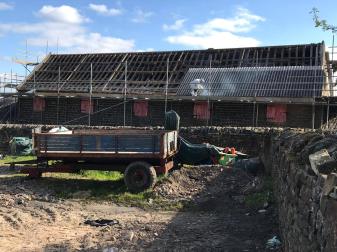 After removing the roof covering the skeleton of the roof was revealed. 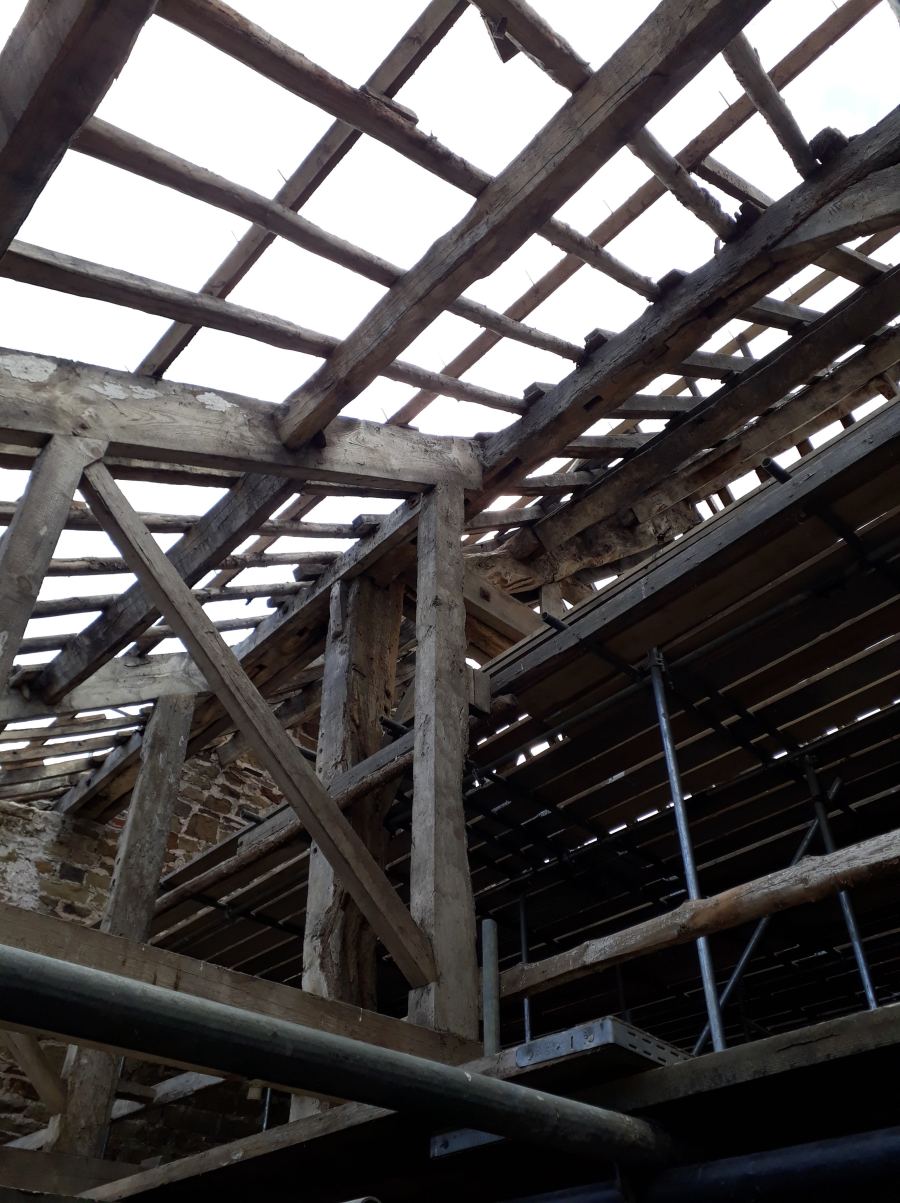 We were then able to see what repair was required to the existing stone walls as well. 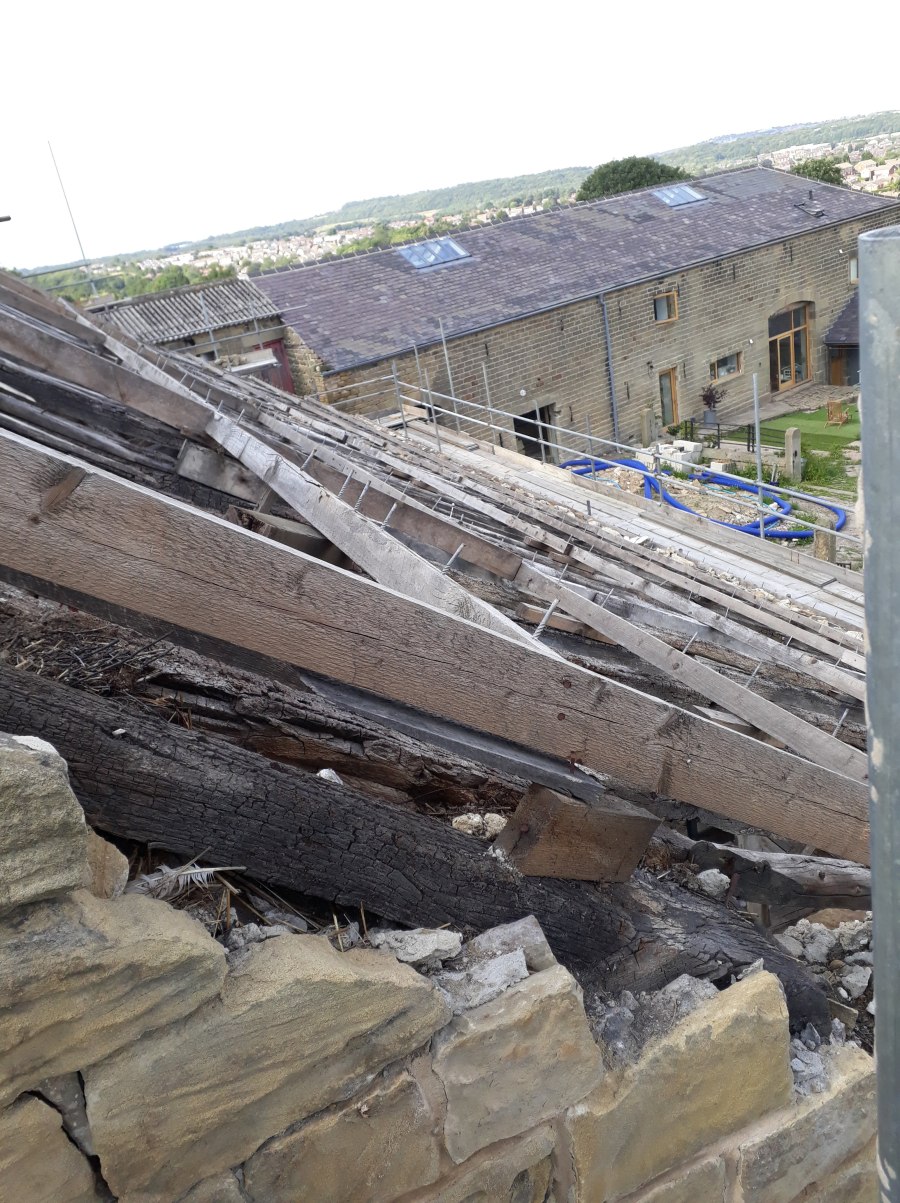 The wildlife survey called for bat boxes to be installed into the existing walls, in order to try and maintain the habitat for the bats. the boxes were carefully built into the walls, and are barely visible from the ground. But they are definitely there! 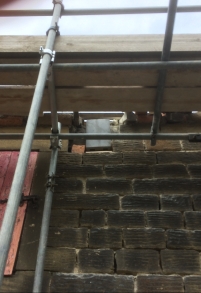 The light coming through the naked roof structure gave a unique view, which would soon be covered again.

In order to make the roof structurally sound we had to replace the existing ridge beam with a new steel. Removing the original timber ridge required a crane, due to the height and weight of the pieces.

The 1980’s structure to support the asbestos roof was removed, along with the old warped and rotten timber rafters.

The roof was then nearly ready to start rebuilding!

This means you can view some of our social media posts without having to use separate apps.

The feeds should be accessible on the right hand side of the screen if viewing on a computer, or scroll down on your mobile phone!

We have also done away with any adverts on the website, which we hope will make for a more pleasant reading experience!!

In June, we hosted a visit to the Long Barn by the Sheffield Society of Architects (SSA) in collaboration with the Sheffield Design Award (SDA) organisers. The feedback has been fantastic, including some very kind words received in the last SDA newsletter:

“SDA have collaborated with the Sheffield Society of Architects to bring you visits to SDA winning and nominated buildings. The first of these took place in June at the Long Barn. 2018 winner of the Conservation Award, The Long Barn by Chiles, Evans and Care is far from your average barn conversion. The project forms part of a wider cohousing vision committed to the restoration and reuse of a model estate farm from the early nineteenth century.

The architect, in designing a home for his own family, has created a sensitive, yet self-assured, intervention into an existing listed structure, and in doing so forges opportunities for family life that can be both inclusive and private through the playful use of different volumes within the historic shell. The attention given to division and connection of space, clever detailing and imaginative materials makes for an altogether masterful composition. The attendees particularly enjoyed hearing first hand how the project came to life.” 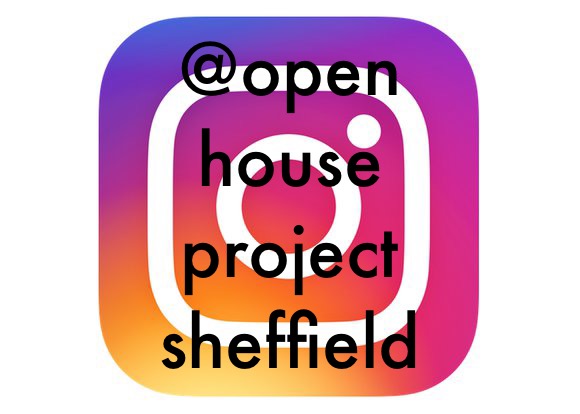 As you can imagine we have been taking lots and lots of photos during the project. Since March we have also been using Instagram to capture and share what is going on.

Sometimes a picture is worth a thousand words

Hopefully with a variety of social media platforms there will be something for everyone to keep abreast of what is going on and see the development progressing. 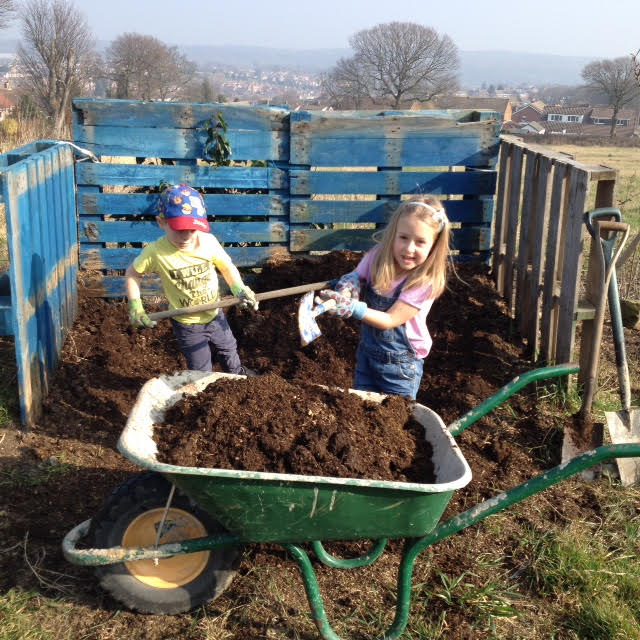 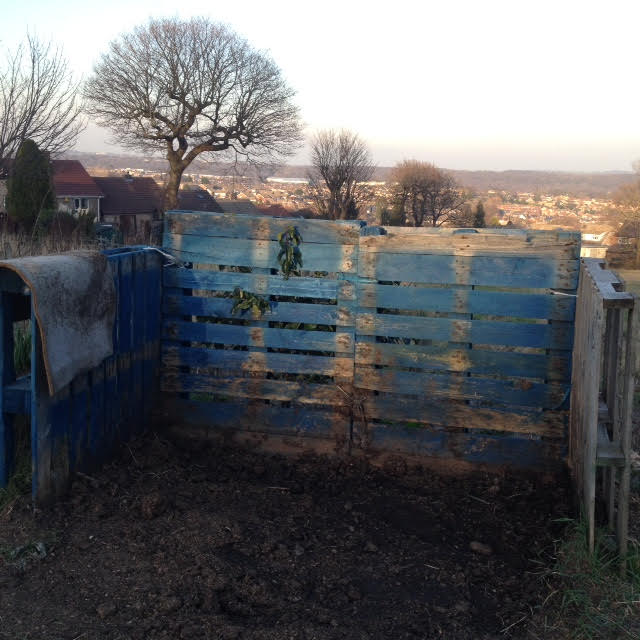 Oh no, another load! 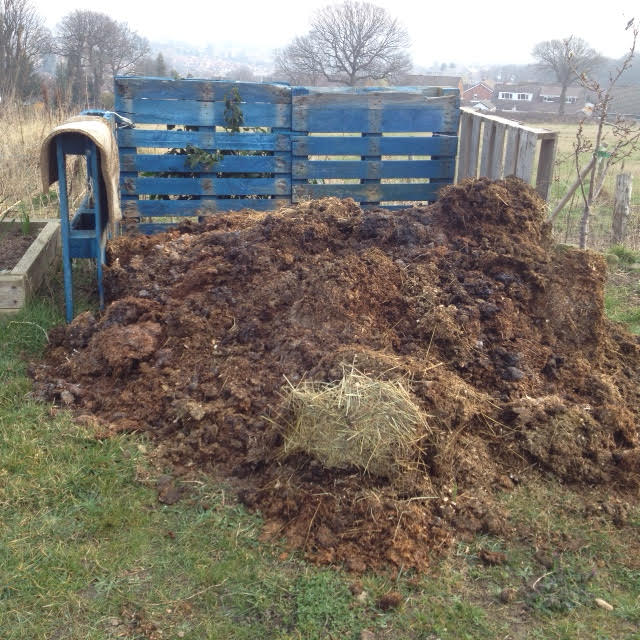 From the first time that we discussed our proposed ground source district heating and water system, we have all struggled to understand how it really works! Now that we have installed it, we can feel how it works from being in the first house to make use of it. However, it still seems fairly miraculous, complicated and intangible. There are so many operations and actions that occur in the system that you simply can’t see. Having tried to explain the system to a range of people, including friends, colleagues, students and residents, I thought the best way was to draw it! I am still not sure that it is 100% accurate, but it gives a pretty good idea!

After 5 years of work, we thought it would be good to reflect on what we have achieved and the benefits that our approach has brought! Please visit the Our Environmental Approach Page to see more!

………literally, they must be A1 or something. Good job Leo and Kate have a big enough table in their gaff so we could have a good look at them 😂

So we (The Open House Project) are now on Phase 3 which comprises of units 2 and 3. These are the 3rd and 4th homes of the project (3 more up for grabs nudge, nudge, wink, wink). Unit 3 is ours (the Connors’) and we recently had hopefully our last planning meeting with Leo. I don’t say hopefully in a fed up or bad way as I have REALLY enjoyed the meetings when he has talked us through the plans and his design. We are just hopeful they will be approved and the build can start.

I feel very lucky that Leo is the architect, not just for his undoubted abilities (see Sheffield Design Awards 2018 – Conservation Winner) but the fact we trust him implicitly so that when he has ‘managed our expectation’ we know it is because some of our (well…my) ideas just wouldn’t work, and he has made changes that were possible. I can’t imagine any better or smoother architect/client relationships.

So we are now close to the submission stage and I cannot put into words (or verbally describe) how ‘real’ it all feels. The closest analogy would be the Fast Show sketch when Paul Whitehouse goes round saying everything is ‘Brilliant’. I’ve felt like it ever since the first talk through the plans with Leo, the excitement has come on like someone turning on a light switch. I feel like a kid waiting for Christmas.

It’s also quite bizarre that I don’t have any nerves around the family moving lock stock and barrel North of the Watford Gap to new schools (pending 🤞), new jobs (again pending 🤞).

Shortly after it was announced we rang home to let people know the news… “we have won the conservation award”, “Oh, that’s a shame” was the response. “No, the Conservation Award!” we repeated! Once the penny had dropped and social media had started to kick-in, we began to celebrate our success at the Sheffield Design Awards! Having missed the beginning of the presentation, following a stressful drive across Sheffield, Kate and Greg arrived just in time for the announcement! It was great to be given the award amongst such an excellent range of  design projects. 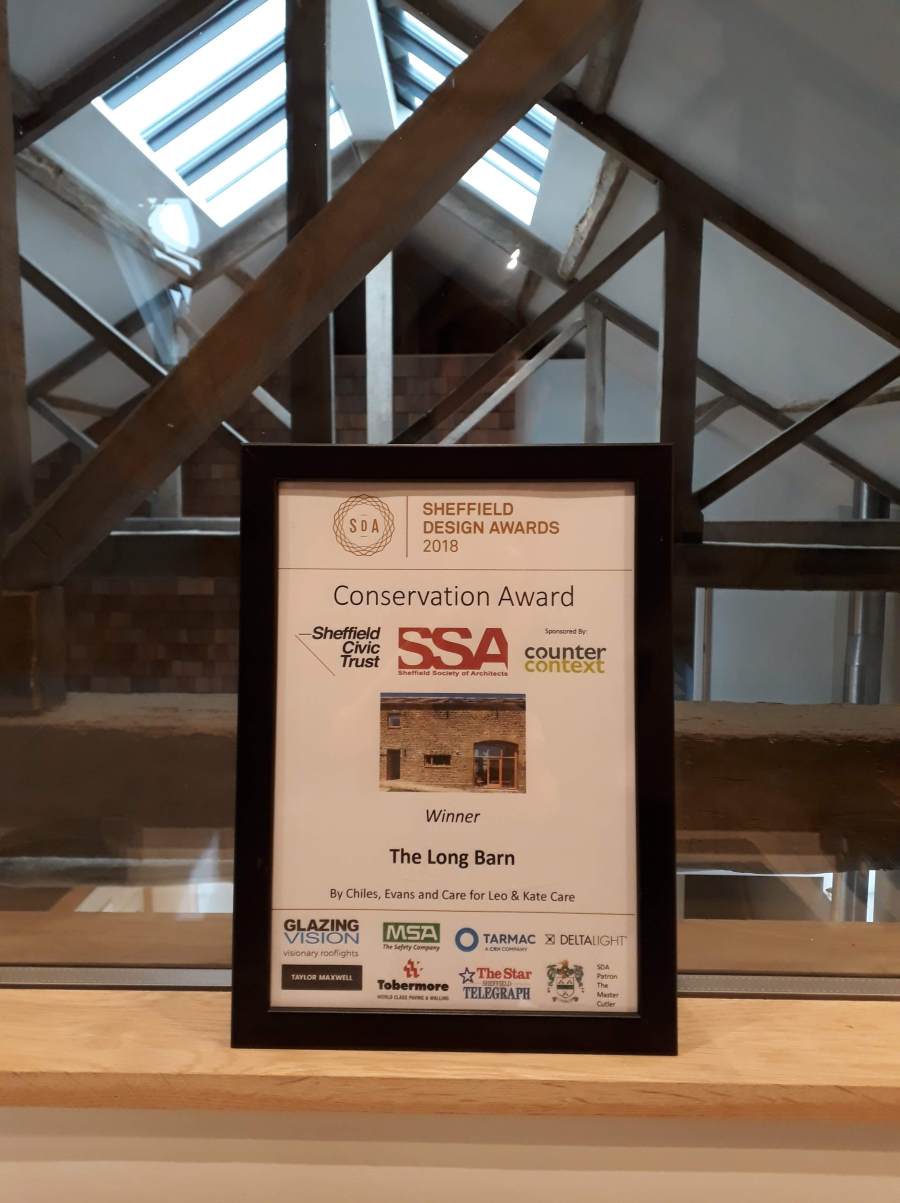 It was a great evening, and we were delighted to be recognised for our ongoing work! The Sheffield Design Award Judges produced a lovely description of our project and we received a certificate as well! 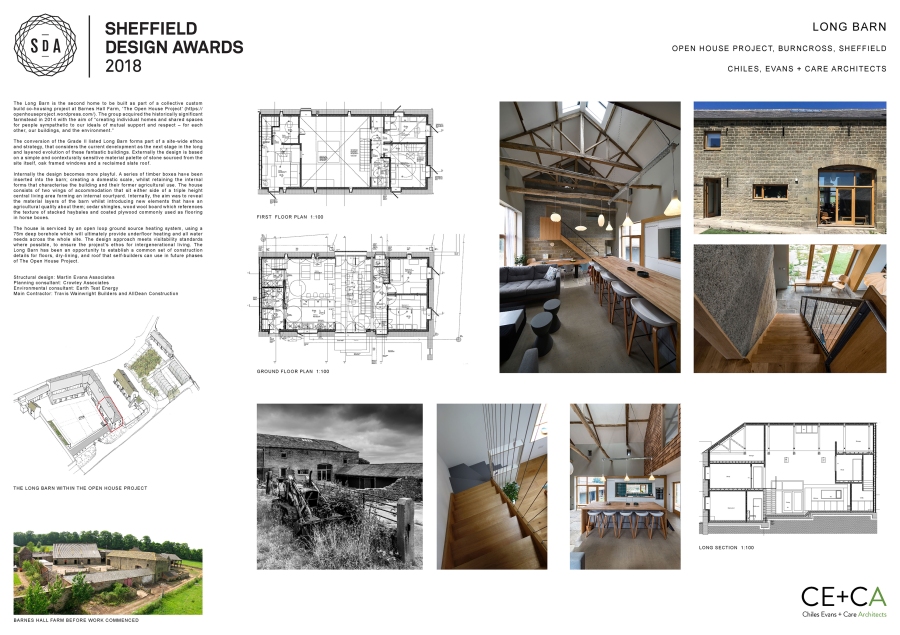 Although the award was named for the Long Barn, the supporting information that we submitted and the judges visit took onboard the project as a whole. We would be delighted to welcome the SDA team back in the future to see our next phase of our conversion!